Is this really what the ladies and gents of yore experienced, back in the glory days of the radio? If so, then why doesn’t your regular radio show give you the same feeling?

Truthfully, it’s because the radio was never designed to be just a basic form of entertainment. During an era when the television was just becoming common, the radio was what helped people pass their day, and was essentially regarded as a lifestyle support system.

A Zone of Happiness

The 1930s were not kind to the global population.

The United States faced the Great Depression, Black Blizzards, horrible droughts, not to mention the after-effects of WWI—the economy was tanking. And as a result, people couldn’t really afford any form of entertainment.

This was when the popularity of radio started taking hold.

A free source of distraction, regular broadcasts kept people engaged in comedy shows and crime dramas. Series such as the Lone Ranger was regarded as a grand source of inspiration and intrigue. A regular series would often cause streets to empty out.

In a bleak and uncertain time, old-time radio brought people together, keeping them hooked on to tales of a time when the state of affairs wasn’t affecting their favorite heroes. These people would instead persevere, fight crime and injustice. Or sometimes, just partake in funny antics. And that was what brought people joy.

How it Affects the World Today 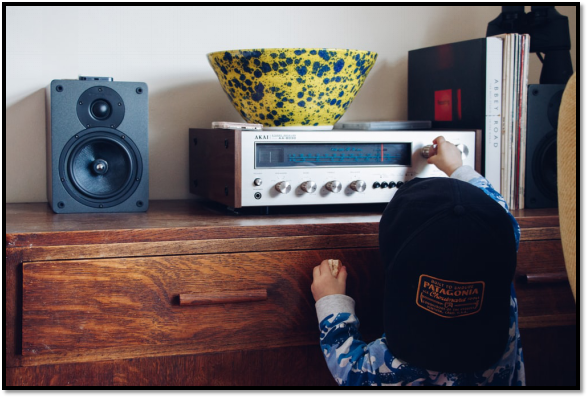 These radio shows have the same effect today, bringing joy to those listening, even almost a hundred years or so down the line.

And that is because of their design.

Old-time radio is, of course, from another era altogether. But then, it was designed to be engaging, distracting and generally upbeat, tonally. Even when listening to crime shows, people would still have hope that their hero would come out as the victor in the end. And perhaps, in this uncertain age, that’s what people still want.

This is why, even now, when people listen to old-time radio, the effect is consistent. On average, people feel happier, more energized. Listening to the radio not only enhances their mood, it engages their minds. And in a time when we have plenty online to distract us, this shows that in reality, people want something that stimulates their senses, and doesn’t just help them pass the time.

Become a member and listen to digitally restored and re-mastered classics like The Adv. of Philip Marlowe, Abbott and Costello and more. Experience radio at its finest!